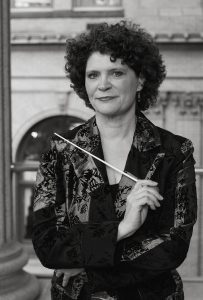 Helen Martell has dedicated her life’s work to music education and orchestral conducting. As a music educator, she has taught all levels of orchestra in the public schools for over twenty-eight years. In August 2021, she became the Director of Education and Staff Conductor with the Virginia Symphony Orchestra. As a professional conductor, Helen Martell conducts the education and community engagement programs for the Virginia Symphony and is honored to be Music Director and Symphony Orchestra Conductor for the Bay Youth Orchestras of Virginia.

After graduating from the University of Michigan with a bachelor’s degree in Saxophone Performance and Music Education, Helen Martell performed in a professional saxophone quartet and performed with the Virginia Symphony under the direction of JoAnn Falletta and the Virginia Wind Symphony under the direction of Dennis Zeisler. Concurrently, she established herself as an educator in the Chesapeake Public Schools. Following her passion for orchestral conducting, Helen Martell joined Bay Youth Orchestras of Virginia (Hampton Roads Premiere Youth Orchestra) as Concert Orchestra Conductor in 2001 and became the Music Director and Symphony Orchestra Conductor in 2007. As a dedicated lifelong learner, she received a master’s degree in music education with an emphasis in conducting from Old Dominion University in 2018. Over the years, Helen Martell has been honored to guest conduct the Virginia Symphony on many occasions including most the Sensory Friendly Concert at the Bank Street Stage in June 2021, the video performance of the Young People’s Concert “The Orchestra Swings” in February 2021, the live performances of “The Orchestra Sings” in 2019 and the first Peanut Butter and Jam Series Concert
at Sandler Center in 2019. She also enjoyed conducting her teaching colleagues in Symphonicity, Virginia Beach’s Community Orchestra, for the Lollipop Concert in January 2017. The Virginia Chapter of the American String Teachers Association named her its 2010 Orchestra Director of the Year. 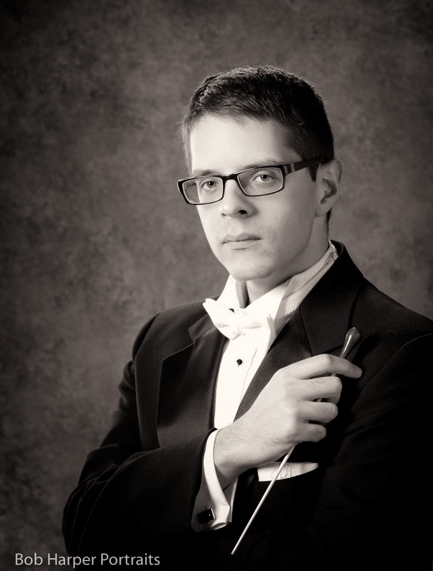 Steven studied at Christopher Newport University, earning his Bachelor’s Degree in Music Education with Latin honors.  During his graduate studies, he served as assistant conductor to the University Orchestra and OperaCNU. Since then, he has attended conducting workshops at the College-Conservatory of Music at the University of Cincinnati and the Peabody Conservatory of The Johns Hopkins University, studying with famed conductors Mark Gibson, Gustav Meier, and Markand Thakar.   He has conducted Capitol Opera Richmond in performances including Gilbert & Sullivan’s classic H.M.S. Pinafore, Mozart’s Der Schauspieldirektor, The Stoned Guest, by P.D.Q. Bach, and Aaron Copland’s The Tender Land.

As a proponent of new music, Steven regularly commissions works and collaborates with composers.   In 2010 Steven conducted the world premier of David and Glass, an original opera in three acts by contemporary composer Chris Lamb.  Since then, he has conducted and performed in the premier of over 10 new works.Steven currently serves as the Music Director for the Hampton Roads Philharmonic and as the Orchestra Director for Soundscapes, an El Sistema-inspired program in Newport News that teaches transformational life-skills to socio-economically disadvantaged youth through music performance. 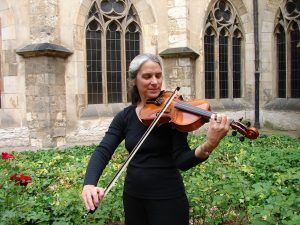 Mrs. Morton is a prominent Suzuki Method teacher in Hampton Roads as well as a former member of the Virginia Symphony (1983-2013) She holds a Bachelor of Music Education degree from Northwestern University and a Master of Science in Education from Old Dominion University.

Her experience coordinating and leading tour groups overseas includes Suzuki groups as well as the Bay Youth Orchestras of Virginia (Germany, Austria, Italy, Ireland, Czech Republic and Peru) She taught summer camps for both the Academy of Music and Bay Youth Orchestras over her years with both organizations.

Past president of the Suzuki Teachers’ Association of Hampton Roads (STAHR) and a member of the Suzuki Association of the Americas, she is currently on the faculty of the Academy of Music Suzuki Program teaching both violin and cello as well as teaching Harp Ensemble for the Norfolk Public Schools.

She joined the Bay Youth organization in 1994 as conductor of the String Orchestra and has since then formulated the Junior String Orchestra program to compliment the offerings for young string players. It has been her honor to work alongside her colleagues over the years to reach the needs of the young string players in our area: Beth Argiro, Linda Althoff and Brad Shedd.

Honoring her 25 years with the Bay Youth Orchestras, former Concert Orchestra conductor Todd Parrish was commissioned to compose a piece which was dedicated to her. The suite “Ancient Wonders” debuted in February 2020. 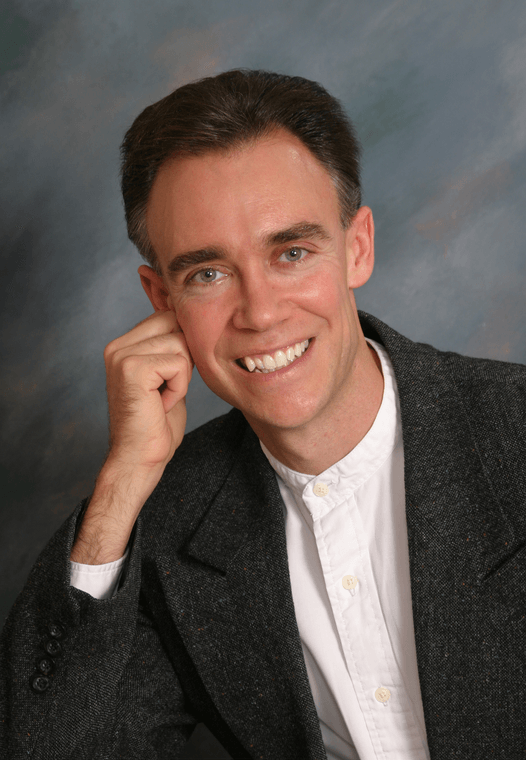 Brad Shedd is pastor of Generations Christian Fellowship, a new church plant in Chesapeake, after serving 16 years as an Associate Pastor at Harvest Assembly.  In addition, he has a large studio of private students, teaching violin, viola, cello, and piano.

He has also completed his Master of Divinity from Regent University’s School of Divinity, again graduating with highest honors. Prior to pastoring, Mr. Shedd taught strings for six years in the public schools—two years in Cincinnati, and four years in Chesapeake, including two years as director of the Great Bridge High School Orchestra program.

Mr. Shedd has many private students participating in the Bay Youth orchestras, including six of his eight children. 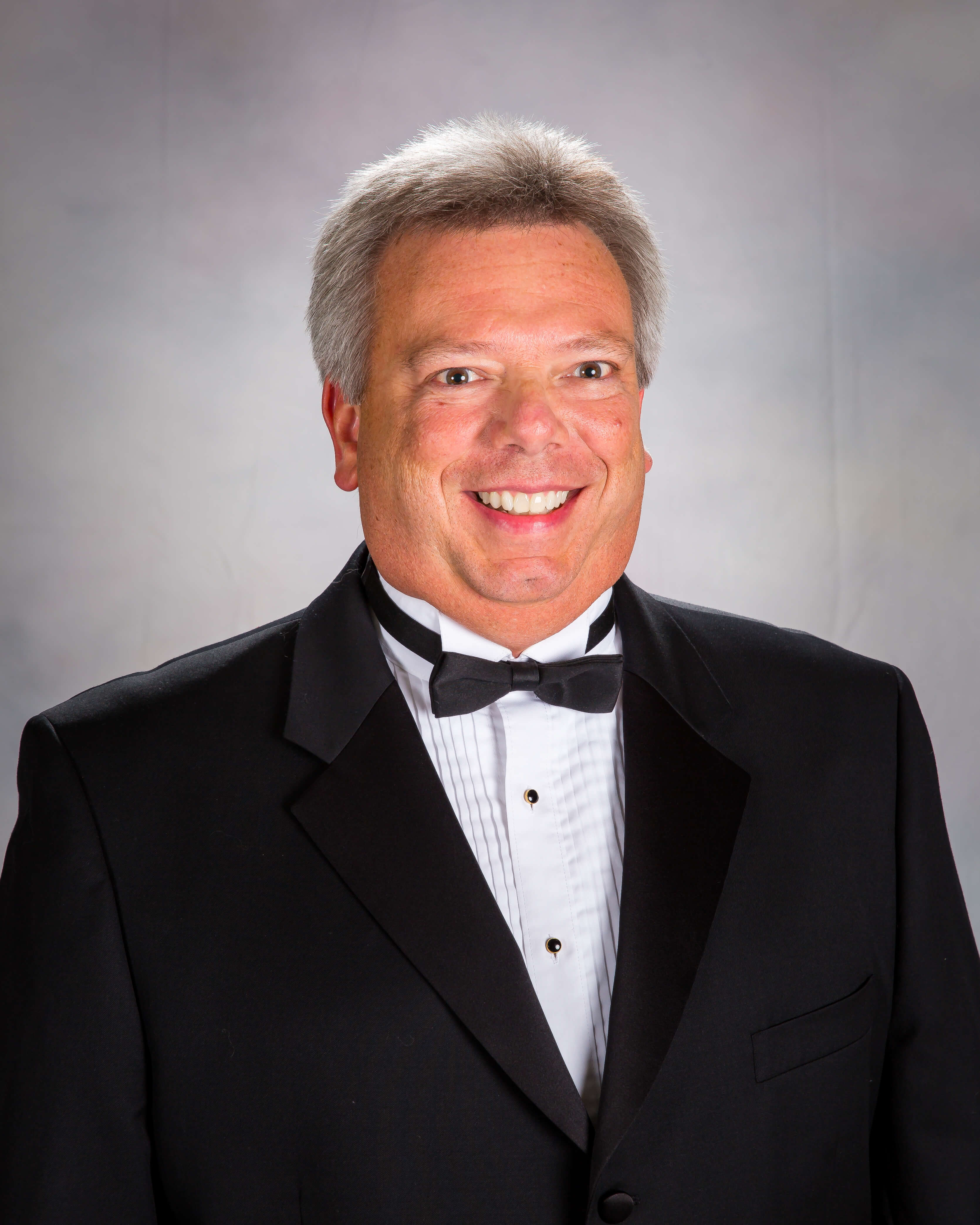 Michael Oare (b. 1960) earned undergraduate degrees in Music Composition and Music Education from Old Dominion University in Norfolk, Virginia. A veteran music educator, Mr. Oare remains active as a composer, arranger, performer, conductor and adjudicator. As a published composer, he has written numerous arrangements and compositions, with a special interest in music for the young band. One of his works, To Dream in Brushstrokes, is included in the acclaimed Teaching Music Through Performance series by GIA publications. His compositions can be found in the catalogues of several major publishing companies, with all his most recent works being published by Hal Leonard.

Since 1991, he has served as the Director of Bands at Great Bridge Middle School in Chesapeake, Virginia. His Great Bridge Middle School Bands have consistently received superior ratings in the annual Virginia Concert Band Performance Assessment and have performed for the Virginia Music Educators Association Conference on three occasions. He maintains State and National professional memberships, is a member of ASCAP and the international bandmasters fraternity Phi Beta Mu. He is a recipient of the National Band Association’s Citation of Excellence, is a multiple year honoree in Who’s Who Among America’s Teachers, and is a member of The Virginia Wind Symphony.

Mr. Oare resides in Chesapeake, Virginia and, in his spare time, enjoys off-shore fishing along the coasts of Virginia and North Carolina. 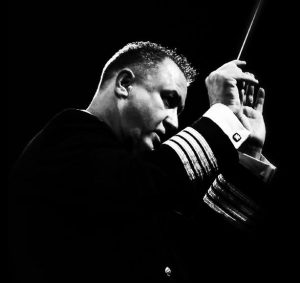 Captain Brian O. Walden, U.S. Navy (Ret.) is currently an Adjunct Professor at Old Dominion University where he previously served as the Interim Director of Bands. He has also served as the Director of Bands & Instrumental Studies and Interim Director of Music Education at Samford University in Birmingham, Alabama. He previously served as the Director of Bands and Director of Music Education at Marshall University in Huntington, West Virginia where he was also the Coordinator of the Graduate Conducting Program. He has conducted international recording artists live and for television performances with Jason Mraz, James Taylor, Colbie Caillat, Take 6, Phillip Phillips (American Idol winner), Isaac Slade of the rock band “The Fray,” Kenny “Babyface” Edmonds, Branford Marsalis (former Director of The Tonight Show Band with Jay Leno), TV and Broadway star Neil Patrick Harris, and performed with Natalie Cole as well as many other artists. He has conducted ensembles and performed as a trumpet instrumentalist on every continent except Antarctica. Brian holds a BA in Music/Religious Studies (Double Major) from Saint Leo University, Florida, a MM in Wind Ensemble Conducting from the New England Conservatory of Music in Boston, Massachusetts, and completed all coursework in the DMA Music Education program at Boston University and PhD program in Music Education at George Mason University in Fairfax, Virginia. In 2012 he was awarded the Outstanding Alumni Award by the Alumni Council of the New England Conservatory of Music in Boston for his career contributions to the field of wind band conducting. He also holds a Graduate Diploma in National Security Strategic Studies from the U.S. Naval War College in Newport, Rhode Island. Upon retirement from active duty serving as the Commanding Officer/Conductor of the United States Navy Band Washington, DC (White House Support Unit) as the senior musician in the Department of Defense, Captain Walden was awarded the distinguished Legion of Merit by President Barack H. Obama for his 35 years of service to the nation. Additionally, in 2019 President Donald J. Trump awarded the National Medal of Arts, “the highest honor given to artists and arts patrons by the United States Government.” Brian currently performs on trumpet with the Alabama Winds and maintains active studios in trumpet and conducting at Samford University. Captain Walden is an elected member of the American Bandmasters Association, the highest honor for Bandmasters in North America, and is an active member of the College Band Directors National Association, National Association for Music Education, Alabama Music Educators Association, Alabama Bandmasters Association and the National Band Association. Captain Walden is married to Staci Harris Walden, whom he met as a blind date for her high school senior prom. Staci is a graduate of Bishop England High School in Charleston, South Carolina, Tidewater Community College, Virginia, The University of Medicine and Dentistry of New Jersey, and Rutgers University. They have been married for 36 years and have two sons, Zach who is a fireman/paramedic and professional volleyball player and played on the U.S. Team this past summer in Chengdu, China, and Chase who is a U.S. champion kick boxer who previously won the Middle Weight Muay Thai World Championship in Florence, Italy. Chase owns and operates Grindstone Athletics in Virginia Beach, Virginia. Brian and Staci love sailing at their home on the Chesapeake Bay in Maryland and spending time with their grandson, Maverick Adonis.